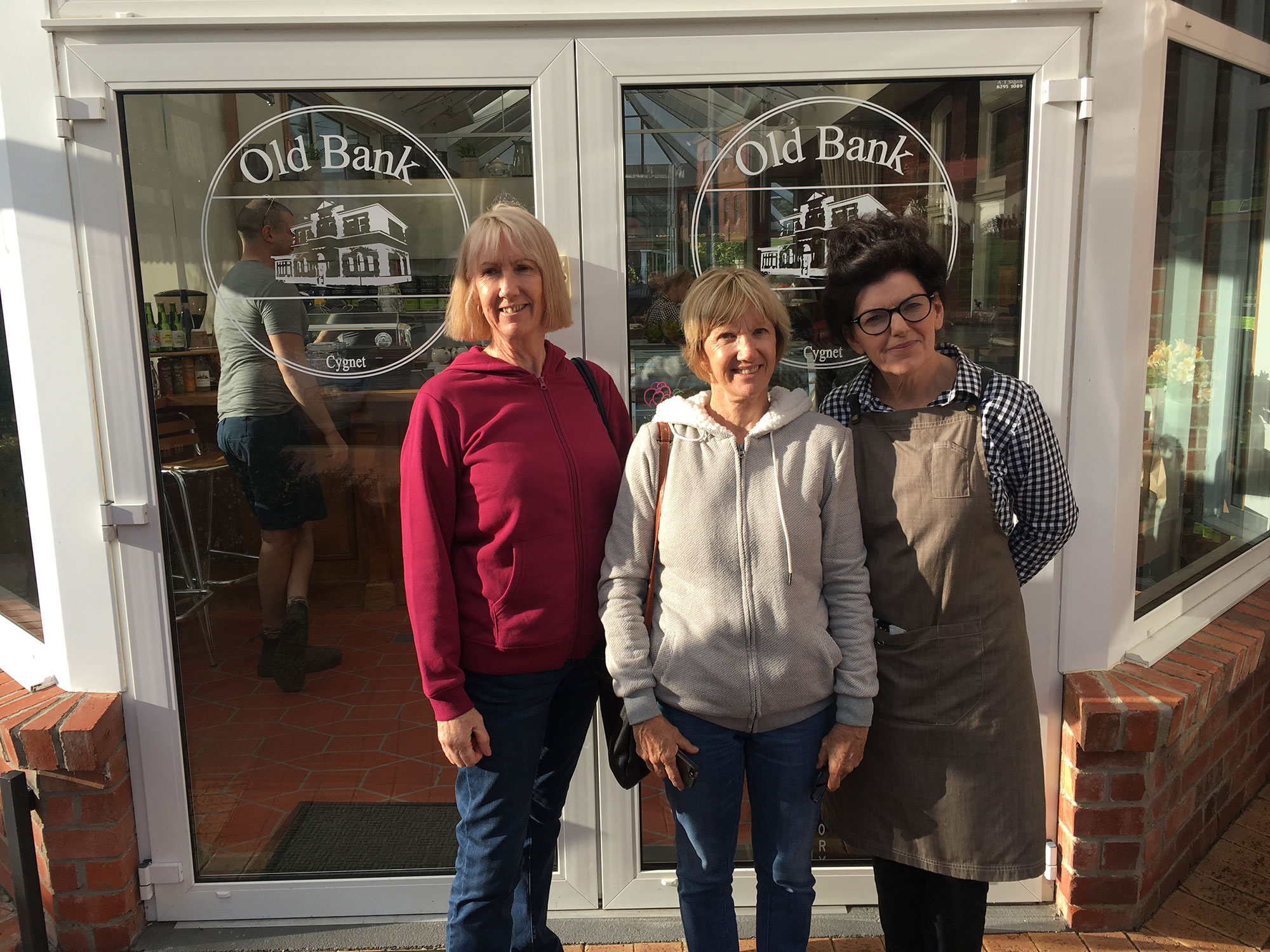 Sue and Anne who’s father was one of the Bank Managers, Mr Sam Mccausland from 1963

We were lucky enough to have a visit from sisters Sue and Anne who’s father Sam Mccausland was one of  the Bank Managers from 1963. They lived at the Bank for approximately 3 years.

The Bank has an interesting history, and here are some of the previous Bank Managers:

They had a lovely visit and recalled many stories of hiding in the old wood shed that has disappeared, to remembering numerous avocations of climbing down the front balcony on the second story, which was one of the girls bedrooms.

Happy days and a wonderful visit!